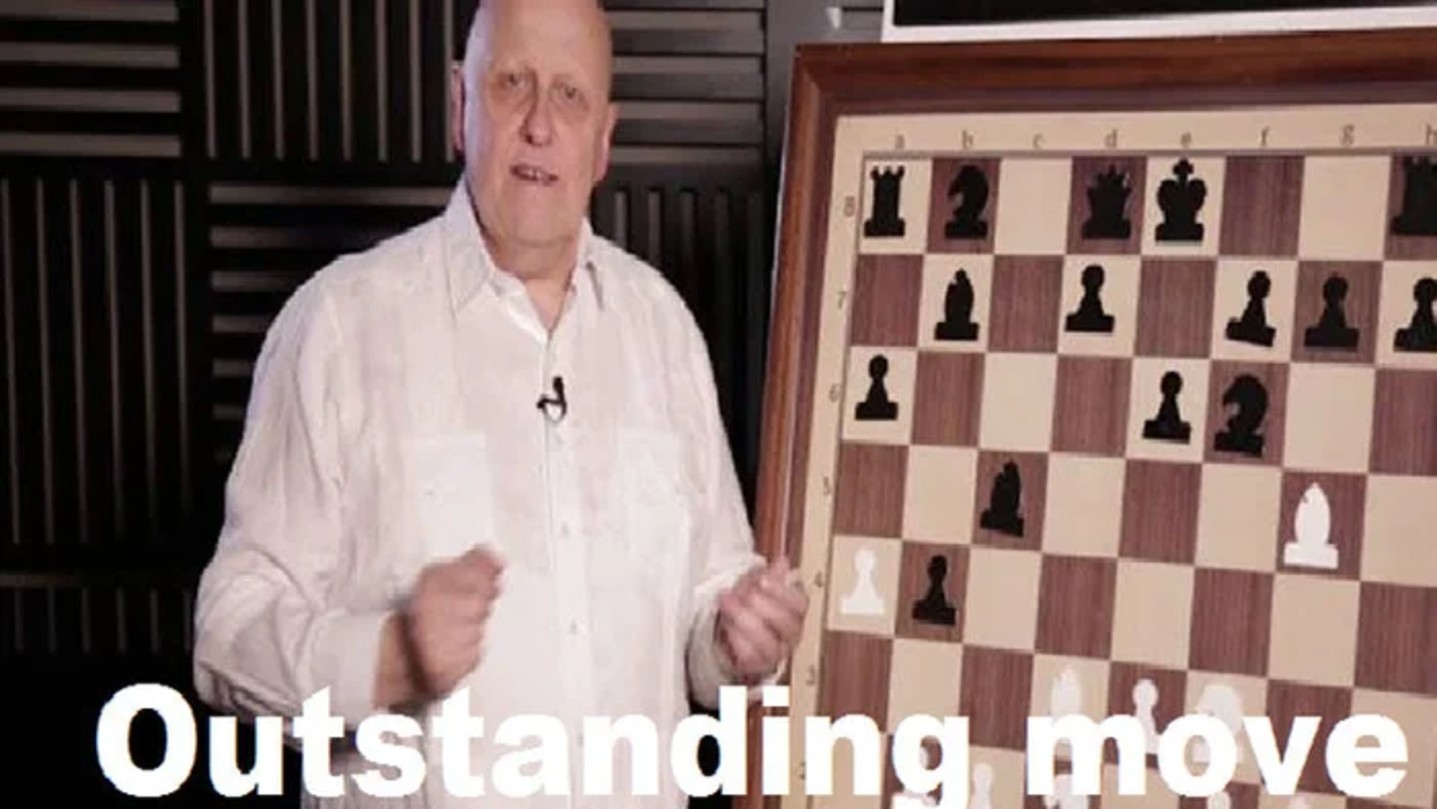 Hello chess friends. I am starting a new series which is called “Greatest chess moves in history”. This is one of the series which has a deep place in my heart due to the fabulous content and the hours I spent late at night perfecting this article. In order to improve your analytical skills and thought process, I have given the entire game first and mentioned the move which was truly spectacular aka one of the greatest chess moves in history. To prevent you guys from skipping, I have the solution which is just down below and would cover every variation annotated by me. Do try to give it some time as these ones require brilliant analysis and a true understanding of the position. Before reading this article, I would like you to read my articles on chess thought process and making the best moves in chess. Also the following moves are presented in no particular order, so don’t rate them and compare one move to the other. Let’s just calmly enjoy this game and marvel the creative geniuses behind this move. Without further ado, let’s jump straight in. After the game started with a French Defence, Levitsky made some suboptimal moves, and then a big mistake allowing Marshall to win a piece. Levitsky tried to counterattack, but Marshall’s unexpected winning move put his queen,his most valuable piece, on a square where it could be captured by three of Levitsky’s pieces. And now, my most favorite aspect of this game. When Marshall moved his queen to g3, gold coins were tossed onto the board by spectators. Spectators had never seen such a move before and it was truly impressive. The game is also known as “American Beauty”. And now it’s solution time. If we look at the position, white can capture the queen by three ways. The h pawn, the f pawn and by the white queen itself. I would like you to navigate through the solution in this order because by the h pawn it is a mate in 1, by the f pawn it is a mate in 2 and by the queen it is a positional advantage for black. It is in this order through which white’s timely death is decided, with the h pawn being the fastest death for white and by the white queen being the slowest death. Note my use of death for all three variations. You’ll better understand it by the chess diagram below. Let’s once again applaud the great Frank James Marshall and let’s not forget his opponent Stefan Levitsky who allowed Marshall to execute such a beauty. And let’s enjoy one last Marshall picture which still hangs on the Marshall Club in NYC. Do let me know in the comments below if you have visited this club. I am waiting for your replies! If you want to look at the full annotated game, you can go to this wikipedia page here This sensational game was played on the round 6 at the Lodz tournament. This game was played on December 26, 1907. In this game, Akiva Rubinstein was black and played the Symmetrical Variaiton of the Tarrasch defense. This opening was rejected by the masters at that time and Wilhelm Steinitz rejected this opening because of the pawn weakness black has even though it is a sound opening. But Akiva Rubinstein still played this opening and got himself a victory. If you don’t want to see the whole game, just skip to move 22 when Rubinstein played 22. Rook captures on c3 In the above picture, we see Rubinstein waiting to play the match against Rotlewi which would later become one of the most famous matches in all of history. The reason why I wanted to show this game is because it features a brilliant queen and rook sacrifice by Rubinstein to force mate. This game was dubbed Rubinstein’s Immortal Game by Hans Kmoch. Garry Kasparov described the game as “Rubinstein’s truly ‘immortal’ game” and “his most famous creation”. The above picture is from the Saint Petersburg 1909. I am giving you guys a photo challenge. Try to find Rotlewi and Rubinstein. This will tell you how much you know about chess history. But anyways, back to the solutions. This is a complicated line and very hard to spot. You should take at least 40 minutes and analyze the top 3 candidate moves in great depth. I have annotated all the different variations in the pgn below but it becomes very messy and confusing like that. Hence, I would recommend you to watch the video given below as the concepts and variations become crystal-clear.

This game is so famous and it’s ideas so profound and deep that this position was almost similar to the one that Viswanathan Anand had in round 4 against Levon Aronian at the Tata Steel Chess 2013 Tournament. The above clip shows Anand describing how this position is so similar with the bishops slicing the board and potential action at h3 and h4. This is also another proof that pattern recognition and learning from chess masters game is very important. Again, this is all thanks to Rubinstein for unleashing the creative genius in him and also to his opponent, George Rotlewi for allowing Rubinstein to create this beauty.

This amazing game was played relatively new compared to other games and set it’s mark in history on March 4th, 1998. This was played on round 10 at the Linares tournament. In this game, we get to see the good old Exchange Variation of the Grunfeld defense. If you don’t want to see the whole game, just skip to move 47 when Alexey Shirov who was black played 47. Bishop to h3!! To understand the beauty of this game, we should understand the nature of these two players. If we take a look at the games between Shirov and Topolav’s. We would understand that both players often like to ignore the obvious recapture with an intermezzo move or counter sacrifice. You can feel the will of both players wanting to mark their own territory and this in turn produces a very dominant and a dramatic game. He is up two pawns, but due to the opposite colored bishops, it seems like the road to the win will be long and difficult. However, Shirov uncorks a fantastic bishop sacrifice that quickly brings an end to the game. I think Shirov is the only player alive who possesses the combination of tactical and endgame brilliance to find such a move. There is no comparison, because other endgame piece sacs involve advanced pawns, while this one simply involves freeing a square and gaining a tempo. Fischeresque ending, I must say!

But let’s move on to the solution and I think most of you might have problems understanding this thoroughly because if you want to understand this position, you need to have a very good fundamental knowledge about the endgames which is the most important part of chess. For that reason, I have included additional information after the pgn to make sure you completely understand this brilliancy.

Additional Info: Although I have delved into the variations deeply and annotated them properly, I still fear that many beginners would still be confused. Since my site caters to all people in the chess community, I will once again break this into several key points. If you’ve understood then you can skip this and read ahead.

Let me set the stage first. With a material advantage, black is clearly looking for a win. Yet, it is well known that opposite colored bishops give the defending side a strong chance to draw. Thus, precise play is required. This bishop sac meets all the requirements and is indeed the best move in the position. I have tried my best to simplify this and boil it down to beginner level. If you still have any questions, watch my video on youtube down below to understand it again, or leave a comment down below. I will reply to all of you 🙂

Or perhaps I should say:
21.Bg5???!!!???!!!
To be completely honest, I don’t understand this move. At all. Not even a little bit. Black was already threatening to fork the queen and knight with f5, and then White goes ahead and offers up the bishop as a bonus. This move is a deep dark spell cast from a deep dark dimension several layers beneath the reality that we think we know to be reality. It is painful to look at this move. It is grating on the brain, a shrill nails-on-chalkboard type of foul perversion and seemingly coy odds-giving blunder. But this move was made against Stockfish, which is a beast beyond measure, and Stockfish lost. It’s a cacophonous and perverted move, a move that makes no sense, but somehow makes sense to the chess lords of the underworld, and was somehow rewarded in kind with a victory. I have never seen a move so vile in all my life, even by Tal or Nezhmetdinov or Jobava or anyone with a daring style. This is a move that will haunt me for the rest of my life, and the fact that it was made by perhaps the strongest chess entity known to man makes it even more hideous to look at. I have no words for the depth of evil that lies behind this desecration of a move.

I leave the explanation for this game up to you guys. Feel free to share your opinions in the comments down below ( I’m looking at all the advanced players there (งಠ _ ಠ)ง )

This game was played between Alexander Alekhine vs Supico (sounds like a troll name to me). This game was played in June 1941 where Alekhine is white and Supico is black. We see the danish gambit on the board and this was a must-mention because of the queen-sac which is almost similar to Frank James Marshall’s queen sac. The only difference was (did I mention it?) that this game was not only played simultaneously but also blindfolded. The brilliant move was when Alekhine played 19. Qg6 demolishing Supico. However, I recommend you to see the whole game since it’s a short miniature and it’s a game one should know by heart. Once you see the game, I’ll give you 5 minutes to process what you just saw. I recommend this game to demonstrate not only the imagination in Alehkhine’s mind but also his foresight and combinatorics. After black pushed his pawn to c5 on move 18, Alekhine immediately pounced on him and completely dominated him. Also, I wanted to mention that I did not put this right below Frank James Marshall’s game becuase I wanted you to refresh your memory about the queen sac and keep it fresh in your brain so that you can acknowledge both the moves with utmost reverence.

Sadly, we come to the end of this article. This took me quite some time to publish but I hope I will as usual be lauded with your appreciative comments. I cannot contain my excitement for writing the next article. See you in the next one!

← Prev: Beginner's guide to pawn structures Next: Zwischenzug: Decoding the mystery behind it →